Troubleshooting a Zig Regression with apitrace

The past three months I have spent rewriting Zig internals.

This was a significant amount of work:

It took a while to get all 361 tests passing before I could merge back into master.

Part of my testing process is making sure this Tetris game continues to work. Here's a screenshot of it working, from master branch: 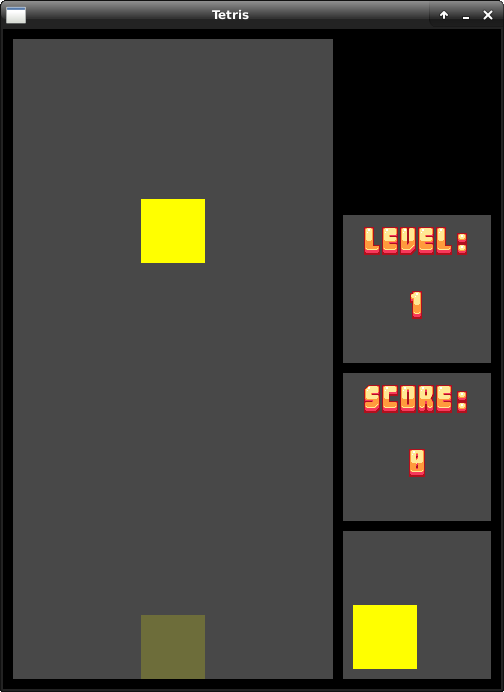 Unfortunately, after my changes to Zig, the game looked like this: 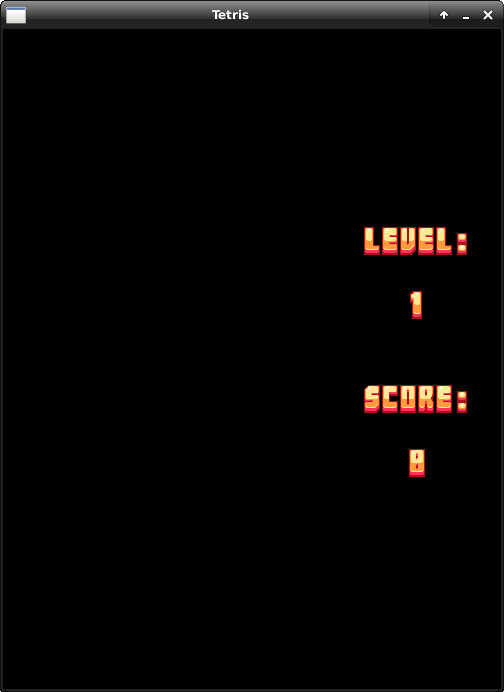 So, I ran both versions of the game with apitrace. This resulted in a handy diff: 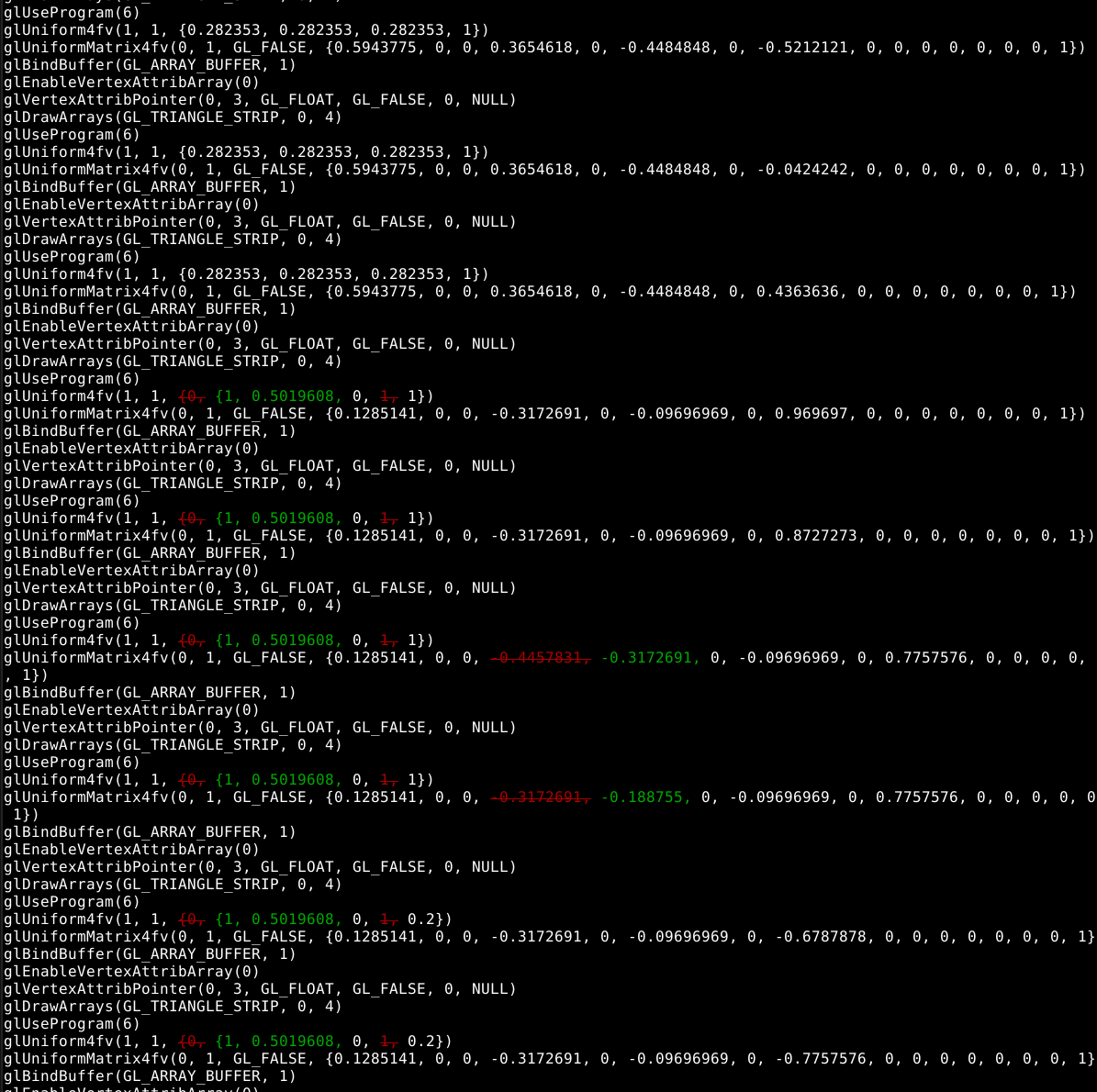 Here, it looks like both programs are issuing the same OpenGL commands except for different values to glUniform4fv. Aha! Let's go see what's going on there.

After investigating this, it turned out that the glUniform4fv was simply for the piece color and since the game uses a random number for each piece, the two instances of the game started with different pieces.

So, I made a small change to the Random Number Generator code...

After this change, the glUniform4fv commands were sending the same data. Therefore, the difference must be in the "data blob" parameters sent in initialization.

This led me to scrutinize this code:

The problem was that each element in the rect_2d_vertexes referenced another array. The compile-time constant generation code emitted an independent array for the inner arrays, whereas we are expecting the pointer to point to a 2D array that contains all the data contiguously.

So I updated the data structure of constant arrays to refer to their parents, added a test case to cover the change, and now the tetris game works again. Huzzah!