I used to have a Dell Inspiron XPS 13 Developer Edition. It was fine, but I needed something with a better graphics card because I wanted to learn some of the new OpenGL features by prototyping a 3D space flight simulator game.

I decided to buy the Bonobo Extreme laptop which comes with Ubuntu pre-installed.

This thing is a monster. It's huge, bulky, and heavy. Check out the power brick:

Yes, that is a standard IEC 60320 C13 power supply cord going into the laptop brick.

Here are the peripherals: 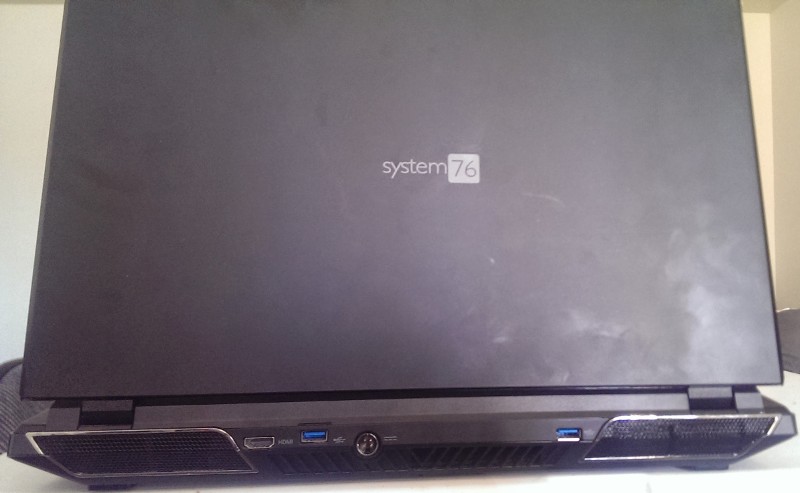 I noticed that the HDD LED flashes whenever I toggle numlock. I wonder why that is. It doesn't do that for caps lock.

Lots of room for improvement. I think it's overpriced given the problems that it has. Getting a powerful machine for which you know for sure all the drivers will work with Linux is nothing to sneeze at. However, it's probably worth it to spend your money on a system for which the hardware has undergone more quality assurance.